Can Algae Save Sex and Restore Human Life?

he “sex self-destruction” theory posits that the collapse of vital dietary nutrients in food crops due to global warming contributes significantly to the catastrophic collapse in male sperm counts, which threatens to destroy successful sex. Prior posts examined the evidence indicating global warming will lead to a collapse of key nutrients in food. A second post laid out finding that male sperm counts have crashed by 59% in only three generations. A third described the self-imposed, by Trump and his non-scientific appointees, contribution of pesticide poisoning to sex destruction and the severe damage to newborns’ brains.

Can algae solve these challenges?

Algae’s ability to overcome sex challenges may give life where life appears impossible. Sex offers a potentially catastrophic human problem where algae can perform another miracle. No published research studies, (yet), show algae foods or algae bioactive compounds improve sex quality or the sexual experience. The exception may be omega-3s that reduce CHD symptomology and improve the sex experience for men with heart conditions.

In addition to the miracle of giving life, the green algae strategies proposed here have the potential to recover many of the 2 million IQ points for American children each year. These interventions may cut births with autism spectrum disorder, (ASD) that now impact 1 in every 68 births, by 70%. Currently, 3.5 million people in the US live with ASD, which costs the US over $61 billion a year.

A solution to save successful sex and restore human life must find solutions for those factors that cause a drop in male sperm count and successful sex, including:

While no one has proposed conventional solutions for these challenges, (except to stop using pesticides), prior Algae101 posts in Algae Industry Magazine have addressed each of the challenges with algae-based solutions. Those algae solutions will be updated here.

Infertile men cannot propagate successfully and fail to create human life. Restoration of male fertility restores the capacity for men and their partner to create human life. This miracle begins with an understanding of the root cause. It is also useful to know about a feature men have in common with their testes and brains.

Manabu Nakamura, at the University of Illinois and team, created the knockout mouse, which was genetically modified so that it was not able to make its own DHA. The mice without DHA could not make sperm and were infertile. Fertility returned when their diet was supplemented with DHA. The team determined that DHA plays a critical role in the formation of a structure called the acrosome on the head of the sperm. The acrosome is a pointy caplike structure containing enzymes that break through the egg’s outer layers, enabling the sperm to fertilize it. The acrosome on top of this cone head is a gigantic sack containing lots of enzymes. When the sperm meets the egg, the acrosome bursts and releases enzymes, which help the sperm penetrate the egg.

Racehorse breeders know this trick too. Stud fees for Kentucky’s finest racehorses can reach $300,000. Arabian studs in Arizona may demand $500,000. Breeders want to be sure their stud does his job, because next year’s stud price depends on a successful sire.

What have elite horse breeders given their prized stallions for decades? Breeders know DHA supplements improve sperm counts, motility and quality in stallions. Stallions are crazy, so no claim can be made for the DHA improving the animal’s brain, but DHA does improve testes function. Prize bulls also get DHA supplements to improve their sperm metrics, but most bulls do not get the privilege of directly breeding cows. Most cows are artificially inseminated, but a person must collect viable semen, which contain higher sperm counts with DHA supplements.

Other scientists have reported fertility success with algae biofeed too. Michael Kiriac, with the Moldova Academy of Science and Soviet Union Ministry of Agriculture, conducted a series of algae biofeed fertility research projects in the 1980s involving different species of livestock. He claimed algae biofeed increased poultry egg production 15%. The algae biofeed increased fat and protein content in eggs, as well as chick survival rates above 98%. Other animals benefited from larger litter sizes and more live births for dogs, northern foxes, minks, and other species.

Dr. Kiriac reported the 1.5 grams of bio-algae concentrates (BAC), fed daily to bulls resulted in measured increases in ejaculate volumes from below 5 ml to above 15 ml, ~400% in sperm concentration and ~400% in motility (progressive motility). Morphology (sperm shape) was normalized, and there was 5-15 hours increase of the sperm lifespan, (duration of activity). He noted dairy farmers using this semen confirmed that as many as 100 additional cows could be inseminated from the same semen sample size. Previously, cows needed to be re-inseminated anywhere between 20% to 50% of the time. After the introduction of BAC into the bulls’ diet, the pregnancy success level jumped to over 95%.

Dr. Kiriac reported that a 15,000-dairy cow farm saw increases of ~15% in milk volume and ~9% in its fat and protein content. At the large 1.5 million poultry research center, poultry produced ~15% more eggs annually, also with higher fat and protein content. On a large 54,000 pig farm, cancers and cardiovascular diseases were eliminated, and animals had much higher meat quality, taste, and no bad fat. On several Siberian farms with over a million mink, litter sizes jumped 25%, and the fur quality improved significantly.

The story of Michael Kiriac’s projects is reported in the book by Roland Thomas, Awakening the Genius Within, (2003), which is available at awakeningthegeniuswithin.com.

Note to Algae Secret readers: Michael Kiriac’s research is extraordinary, but has not been replicated.

Slow the rise in greenhouse gasses

Modern industrial agriculture contributes about 18% of the greenhouse gases to the atmosphere. Livestock are responsible for massive amounts of the greenhouse gases, more than all the cars, planes and all forms of transport together. One cow-calf pair produce more CH4, methane, in a year than a standard car. In the first two decades after its release, methane is 84 times more potent than CO2 in warming the atmosphere. Capturing and cycling methane in algae from dairy and meat cows in vertical animal waste recycle barns will reduce the addition of methane to the atmosphere by over 50%.

Livestock are the single largest user of land as meat production accounts for 70% of all agricultural land and 40% of the land surface of the planet. To produce meat, over one-third of the world’s food grains go to feed livestock. The FAO report, Tackling Climate Change through Livestock, notes that the main sources of GHG emissions are: feed production and processing (45% of the total), outputs of greenhouse gases during digestion by cows (39%), and manure decomposition (10%). Algae biofertilizer and biofeed can cut those emissions by 60%. Algae can cut animal manure and liquid wastes by 90%. The Clearas process provides an example.

Jordan Lind and a team at Clearas in Montana have developed a biological nutrient recovery system from diary wastewater that increases dissolved oxygen, produces no chemical by-products, and eliminates costly disposal fees. The Clearas production system is shown on the right. The patented process accelerates photosynthesis, consumption of CO2 and excess nutrients. Advanced microfiltration filters out the activated algae, which can be used for a variety of bioproducts. The Clearas site displays their process video.

Algae can restore male fertility with algae foods or supplements with DHA, zinc and iron. Algae foods could also supply extra protein, if necessary, since a kg of algae delivers twice the protein as a kg of beef.

The next post examines how algae biofertilizer can restore nutrients to food crops grown with high atmospheric CO2 levels or in degraded fields.

Feedback or insights to drmetrics@gmail.com. 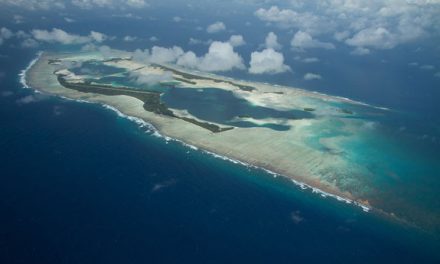