ood security and global hunger challenges dominate human societies. The world faces a severe protein shortage. Food, the most critical energy on the planet remains unaffordable and unavailable to nearly 1 billion very hungry people. Another 2 billion people are food insecure and many must endure food list days. Even in America, the richest country on the planet, one in five children are food insecure.

Food grain protein recycled in animal stomachs is an incredibly inefficient way to produce protein. Beef waste about 96% of the energy delivered in their feed. If just half of the food grains fed to animals for meat were distributed to hungry people instead of animals, 3 billion people would not be hungry and food insecure. However, no political will exists to shift for grains from meat animals to people.

Dr. Becker wrote chapter 25, Microalgae for Human and Animal Nutrition in the Handbook of Micro-Algal Culture: Applied Phycology and Biotechnology, 2nd. Ed, edited by Amos Richmond and Qiang Hu. The 42-page article is actually three articles, one focusing on human foods, one examining toxins and how to avoid them and another analyzing algae’s role in animal feed.

Dr. Becker grounds the concept of algae for nutrition with a brief history of the Spanish conquistadores in Mexico led by Hernando Cortez. The conquistadores in 1524 found the Aztecs living in the Valley of Mexico collecting spirulina from lake Tecuitlatl and making it into bread. He covers the use of spirulina harvested from natural stands by the indigenous people in other places such as those who lived near lake Chad in Africa.

Most people may not be aware that German scientists set up the first collection of pure algae cultures in 1939 and acted as a dissemination center for pure cultures. Early algae research was assembled in a classic report edited by Dr. Burlew in 1953. In 1963, the FAO published a report called the Third World Food Survey, which drew attention to the global protein shortage. NASA considered algae an excellent, compact space food for astronauts. The WHO called spirulina one of the greatest super foods on earth.

Dr. Becker reminds us that the initial use for microalgae was solely as food. The products were collected either from natural lakes in ancient times or from modern large-scale cultivation.

Composition as a percent of dry matter

The author makes clear distinction about potential errors in the calculation of crude protein, which is measured by the total nitrogen and multiplying the value by a factor of 6.25. He estimates that about 10% of the nitrogen found in microalgae consists of non-protein nitrogen. Dr. Becker presents and explains various nutritional calculations such as the protein efficiency ratio, which is expressed in terms of weight gain per unit of protein consumed.

He also does an excellent job explaining how the harvesting and drying process can diminish the quality and nutritive value of algae. He notes that the relatively thick cellulosic cell walls makes improperly treated algae indigestible for humans and most animals. The cell wall has two major components, one fibrillar, (made of fibers) and one mucilaginous. Most algae require cell wall disruption to access the cell nutrition. Cell wall solutions include physical methods such heat or autolysis, breaking the hydrogen bonds with chemicals. Spirulina has no cell wall and can be digested by monogastric vertebrates such as humans without physical or chemical cell wall rupture.

Most algae are dried after harvest but the drying method can reduce available nutrients by 10 to 25%. The discussion of viable drying methods includes a table of 20 different methods with attached references. The drying process also can improve our retard digestibility.

Amino acids play a major role in the nutritional quality of protein. The nutritional quality of protein is primarily determined by the content, proportion and availability of amino acids. Plants are capable of synthesizing all amino acids but humans and animals are limited to the biosynthesis of certain amino acids only, e.g. nonessential amino acids. The remaining essential amino acids must be provided through food. The amino acid pattern of most algae compares favorably with that of the FAO reference for other food proteins. A table provides the comprehensive examination of amino acid profiles for different algae as compared with conventional protein sources. Dr. Becker notes that deficiencies in certain amino acids can be compensated for by supplementing the protein directly either with the limiting amino acid or with proteins from other sources rich in the limited amino acid.

Humans and animals lack the enzymes to synthesize polyunsaturated fatty acids of more than 18 carbon atoms and they must obtain these essential fatty acids known as omega-3s from food. The average lipid content of microalgae varies between 1% and 40% and may be as much as 85% of dry weight in certain conditions. Algae lipids are typically composed of glycerol, sugars or bases esterized to fatty acids. The article provides a table with analytical data on fatty acid composition of lipids of 16 algae species. Dr. Becker provides a comprehensive discussion of the production of different fatty acids especially high purity EPA and DHA. Another table provides a comprehensive examine of three spirulina samples and their composition of various fatty acids including short chain, long chain, very long chain, mono unsaturated, n-3 polyunsaturated and n-6 polyunsaturated.

Microalgae represent a valuable source of nearly all macro and micronutrients and vitamins. The article compiles data on the vitamin content in various algae. Algae vitamin content is often 2 to 10 times higher than traditional foods such as liver, spinach and Baker’s Yeast. Dr. Watanabe’s research is cited on the bioavailable sources of vitamin B12, which is the only vitamin not provided by most algae. Considerable debate exists on the amount of microbiologically active corrinoids that appear similar to vitamin B12. The debate spawned a new term, pseudo-vitamin B12 to describe the compound that appears as vitamin B12 but is not absorbed in the human intestine.

The discussion of algae pigments includes chlorophyll in its various forms. The nutritive value of chlorophyll in microalgae is controversial. Chlorophyll may degrade into products such as pheophorbidea and its esters that can cause skin irritation, and in certain cases, allergy symptoms.

Algae carotenoids function as antioxidants and plants and may have the potential role of antioxidants in human functional foods. Microalgae are recognized as an excellent source of natural colorants and nutraceuticals and are likely to surpass synthetic as well as other plant sources due to sustainable and economic production advantages. Over 400 carotenoids are known but only a few are used commercially, primarily B-carotene and astaxanthin. A table displays 35 different carotenoids found in Chlorella and 11 found in spirulina. The carotenoids section discusses the nutritive value of B-carotene, astaxanthin, lutein, zeaxanthin and phycobiliproteins.

No article on algae nutrition would be complete without consideration of toxicology. The section includes biogenetic toxins such as nucleic acids and toxins occurring with algae blooms. Algae bloom toxins occur with only a few species of cyanobacteria. No algae bloom toxins have been reported in connection with mass cultured algae. Non-biogenic toxins occur when algae absorb or adsorb heavy metals such as mercury, cadmium, lead and arsenic. Elevated concentrations of heavy metals in algae biomass remain one of the primary problems in large-scale algae production.

Dr. Becker presents another section on the effect of supplementing feed rations with microalgae in order to promote animal growth and vitality. He also authored chapter 36 in the Handbook of Micro-Algal Culture, “Microalgae for Aquaculture: Nutritional Aspects.” These two excellent pieces will be reserved for a future post.

Wolfgang Becker provides the essential elements for those who aspire to grow algae for food and feed. His foundational work covers the critical issues algae growers need to know in order to produce, harvest and process algae and algae components for human and animal nutrition. I truly hope that Wolfgang Becker receives a world peace award for his extraordinary foundational work in transforming the chemical energy in algae into healthy and tasty foods. 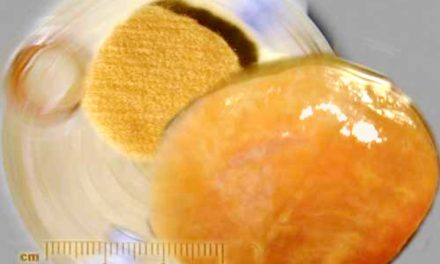 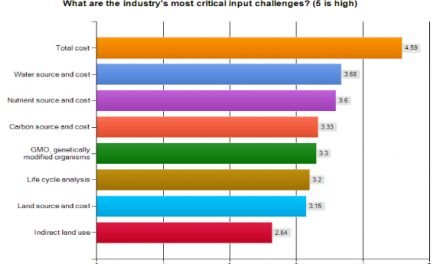