Every few months, a new study argues for or against algae biofuels. The issues each article brings forward are worth thoughtful consideration. This author has published over 60 peer-review research papers and book chapters. I learned long ago that research reports are more a function of their assumptions than their titles or their claimed findings.

I am not a fan of algae for biofuels because biofuels are commodities with an extremely low value. A gallon of biodiesel retails for around $4 a gallon today. A gallon of algae components such as omega-3 fatty acids or pigments may be worth over $1,000 per gallon. Some algae medicines and advanced compounds have a retail value of $15,000 per kilogram. Simple algae-based foods such as spirulina or algae flours offer a high multiple to biofuels. Algae fish, fowl and animal feed, often used as a supplement to other food sources, is typically worth three times the value of biofuels. Even algae plant foods and fertilizers have a market value higher than biofuels.

Algae producers are smart, or they blow through their investors’ capital quickly. Producer success in algae food additives and health foods, sustained for over 30 years, shows the industry has a core business model. The next industry move will be transitioning from the niche in health foods stores to healthy foods in grocery stores. If the human, animal and plant foods markets become saturated, then algae may become a solution for biofuels. The current article set suggests commercial algae biofuels must wait for breakthroughs in algae cultivars, cultivation, harvest and processing.

A January 2010 study by scientists at the University of Virginia received considerable headlines when their peer-reviewed study announced that algae biofuels production created a bigger environmental footprint than other biofuel alternatives. The “Environmental Life Cycle Comparison of Algae to Other Bioenergy Feedstocks” published in the Journal Environmental Science & Technology, demonstrated that algae production consumes more energy, has higher greenhouse gas emissions, and uses more water than other biofuel sources, such as switchgrass, canola and corn.

The authors made ridiculous assumptions that showed their ignorance about the algae industry. They assumed algae producers would act like fossil crop farmers and use expensive cropland, precious freshwater, fossil fuels, chemical fertilizers and fossil agricultural chemicals. Unsurprisingly, their model showed that when producers use expensive inputs, algae biofuels consume more energy, water and pollution more than terrestrial biofuel sources. Every business model I have seen at algae conferences or as an industry consultant, avoids the use of fossil resources to the degree possible, because they are too expensive.

The University of Virginia scientists suggested to the algae industry that producers consider using waste stream CO2 and nutrients. Had they attended any algae conferences, they would have known producers are well up the performance curve on Life Cycle Analysis and sustainable solutions.

A March 2011 study by a team of researchers at Kansas State University examined the environmental and economic sustainability of algae biodiesel production in a paper titled “Sustainability of algae derived biodiesel: a mass balance approach.” The mass balance approach makes sense because the concept uses the scientific principal of concentration of mass, which states that mass is neither destroyed nor created in a process.

The team led by Peter Pfromm, a professor of chemical engineering at KSU, noted that commercial-scale algae biodiesel production poses both scientific and economic challenges. Their analysis showed the economic breakeven point was considerably beyond current production technology.

The team determined that algae biodiesel produced using CO2 sourced from fossil fuels, such as a coal-fired power plant, is not environmentally sustainable in terms of carbon. They reasoned that that although the CO2 coming from the coal is recycled and used to produce biodiesel, that carbon is still eventually added to the atmosphere and is not sequestered. Their model, mass balance, does not have the capacity to see past the edge of their production system. Mass balance does not give credit for displacing new fossil diesel with the recycled carbon from the power plant.

Under the mass balance approach, algae biodiesel produced using renewable CO2, such as that produced at an ethanol plant, is nearly environmentally sustainable. The only unsustainable step in the operation is making fertilizer from natural gas to feed the algae.

The mass balance approach showed an extremely valuable issue; the net energy produced. The long-standing knock on corn ethanol has been that it takes as much or more energy to produce ethanol as the fuel provides to users. The mass balance analysis assumes that biodiesel produced from algae would be used to power algae cultivation and the conversion of algae oil into biodiesel. The team concluded that 10% of the biodiesel produced as needed to fuel the process, leaving 90% available for sale. Of course, a smart algae producer may select renewable solar or wind power rather than cannibalizing the algae fuel.

Much of the algae biofuel excitement is based on theoretical projections from scientists around the world about producing 200 to 500 grams of algae per square meter per day. KSU agricultural economics professor Vincent Amanor-Boadu used the data gathered through the technical study to assess the economic feasibility of algae biodiesel production. He assumed no subsidies or tax incentives.  The economic analysis did not create a positive cash flow at 90 grams per square meter per day. No algae producers have announced production of even half that rate. The team noted that economics might change due to rising oil prices and other unforeseen factors.

The team recommends the algae industry focus on fundamental biochemistry, biology and genetic engineering. They concluded what many others have found, that to sustainably produce lower-value fuel products, algae strains will need to be optimized.

These are the same recommendations made by the DOE National Algal Biofuels Technology Roadmap. We need considerably more R&D before algae biofuels will be commercially available. 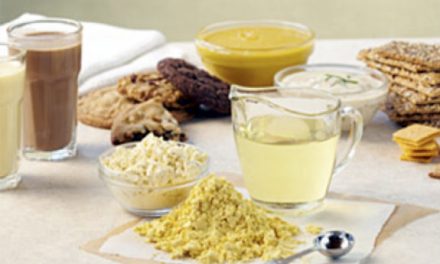 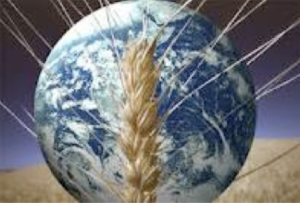