Why is algae the most efficient way to capture solar energy for food and energy production?

Our modern societies face substantial sustainability challenges to food and energy supplies. Our future food, energy and transportation security may rest on our ability to utilize the most efficient means of capturing and storing solar energy for human reuse. The focus on food energy will be used here because food represents the most critical energy for human societies. The same arguments hold for bioenergy and liquid transportation fuels, which are convenience forms of energy.

Human societies survived for many millennia without bioenergy or transportation fuels. We cannot survive a week without the solar energy stored in the form of calories provided by food.

The first law of thermodynamics expresses the principle of conservation of energy and states that energy can be transformed from one form to another but cannot be created nor destroyed. All of the energy we get from our food begins as solar energy that has been transformed into organic energy by plants, by photosynthesis and other catabolic processes. We are eating plant-derived energy when we consume meat, dairy or other animal products.

The second law of thermodynamics uses entropy to say that no biochemical or biological reaction is 100% efficient. Energy transformations involve the inefficient loss of energy as heat. The more inefficient an energetic pathway, the more energy is lost to heat and the less usable energy is transferred to the next step.

In ecological feeding, or trophic interactions, the rule of thumb (i.e. the “ecological efficiency”) of most feeding-based energy transfers is only about 10%. Therefore, only about 10% of the organic energy in food is assimilated and incorporated by the predator; the remaining 90% is lost to heat. An abalone, for example eats two trophic levels above algae. Recent research in Mexico found that a single ton of abalone consumes 100 tons of algae.

We should consider the energetic efficiency of converting solar energy into usable organic energy in the production of food from solar energy.

Terrestrial plants must devote a considerable fraction of the carbon they fix from CO2 and much of the organic energy they produce from photosynthesis to three costly internal carbon and energy pools:

Land plants made huge compromises when they evolved from green algae around 500 million years ago.

Terrestrial plants have to fight gravity as they compete for light, which requires considerable investment in lignocellulosic structures that allow them to remain erect and grow vertically against gravity in their quest for light. Land plants must compete with other plants for water and essential nutrients in the soil, which requires considerable carbon and energy investment in roots and trunk.

Below ground, the energetic and carbon allocation to roots are critical for stabilizing above ground structural components that are often much larger than the root system. Terrestrial plants must also devote carbon and energy to grow and support significant sexual components in order to propagate successfully among competing plants.

The sum of these energetic costs causes terrestrial plants to be relatively inefficient at delivering solar energy, in the form of digestible and consumable organic energy, to the next trophic level—the herbivores. A feed grain plant, for example, may have more than 80% of its energy devoted to organic material that has little or no food value to herbivores—roots, trunk, bark, stems and leaves.

The energy yield from terrestrial feedstocks for biofuels is even lower. A corn stalk produces one ear of corn where only the seeds (kernels) are useful today for ethanol production. A 10-foot-tall, 4-pound corn stalk yields about 1.2 ounces of ethanol.

Aquatic plants do not have to allocate carbon or energy to complex structures that support them against gravity. Algae absorb their energy from sunshine and their nutrients from the surrounding water. Some algae produce lipids (oils) so they can rise in the water column to capture more photons. 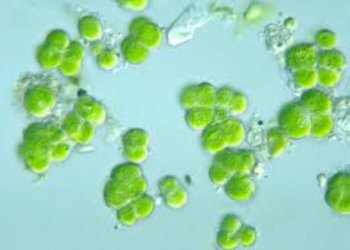 Single-celled algae are the most efficient at solar-to-usable-organic energy transfer due to their large surface area to size ratio. Macroalgae are also far more energetically efficient at converting solar energy to usable organic food energy for herbivores than are terrestrial plants. Macroalgae have pseudo stems and leaves that have the appearance of land plants.

While this parallel evolution has a similar appearance, the macroalgae cells are undifferentiated and perform the same efficient functions as microalgae. Since nearly three-quarters of the biosphere is water (sea and freshwater ecosystems), aquatic-algal systems are more energetically favorable for food-energy-transfers than terrestrial plant systems by virtue of habitat cover.

The simple but elegant laws of thermodynamics make it clear why algae-based diets, either for the livestock we grow for omnivores or for direct consumption in vegetarian diets, are perhaps the most efficient way to capture the sun’s energy for food production. The sustainability challenges we face for food supplies, energy and transportation create a critical need to leverage nature’s most energetic forms of food and other types of energy. 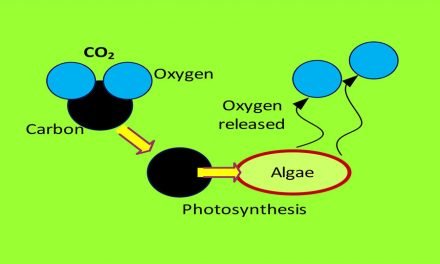 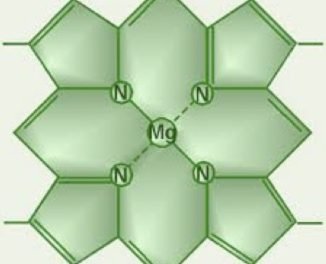 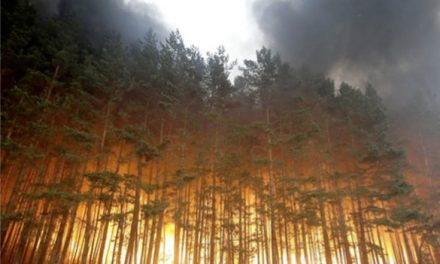